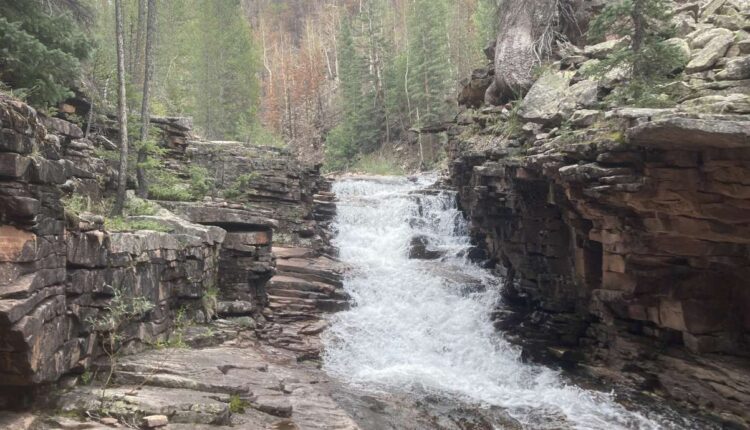 SALT LAKE CITY — State wildlife officials are now letting anglers catch up to 16 fish a day at a pair of locations within the High Uintas ahead of a planned water treatment project in the area.

The announcement Friday comes days after it announced a similar limit increase for Boulger Reservoir in Sanpete County because of a planned mining project in central Utah. All the emergency limit changes went into effect this week in the 2022 Utah Fishing Guidebook.

The changes announced Friday affect Oweep Creek and Porcupine Lake in Duchesne County. The Utah Division of Wildlife Resources says it plans to treat the bodies of water with rotenone to remove non-native brook trout that are impacting the habitat for native fish species.

Rotenone, in very small doses, doesn’t impact humans or wildlife but is still lethal to fish, which is why the daily limit was increased from four to 16 trout before the project. That way anglers can catch fish and eat them before they are otherwise killed later this year. The new limit will remain in place through July 31.

Division officials said that another round of rotenone treatment is scheduled for next year. After that, both Oweep Creek and Porcupine Lake will be stocked with Colorado River cutthroat trout.

The state agency also increased the daily fishing limit from four to 16 fish at Boulger Reservoir but for a completely different reason. The reservoir, located by state Route 264 and Electric Lake, is rather popular for anglers who can catch rainbow trout stocked by the division’s biologists.

However, the reservoir is scheduled to be drained this fall ahead of a coal mining project underneath the reservoir.

“We want anglers to be able to harvest more fish at Boulger, so they aren’t wasted when the reservoir is drained,” said Justin Hart, the division’s southeastern region aquatics manager, in a statement. “We hope people can get out and catch and eat a lot of these fish before that happens.”

The reservoir will be refilled and restocked after the project wraps up, which is scheduled for later this year or in 2023. The new daily limit will remain in place through the end of this year.

Officials for the Utah Division of Wildlife Resources made similar adjustments at four other Utah bodies of water earlier this year. They also used the same tactic at all 57 of its community ponds last summer because the statewide drought posed issues for the fish in the water.

Randy Oplinger, the division’s sportfish coordinator, explained earlier this year that state wildlife biologists will continue to stock fish at different bodies of water across Utah but take projected low water levels into consideration for every project.